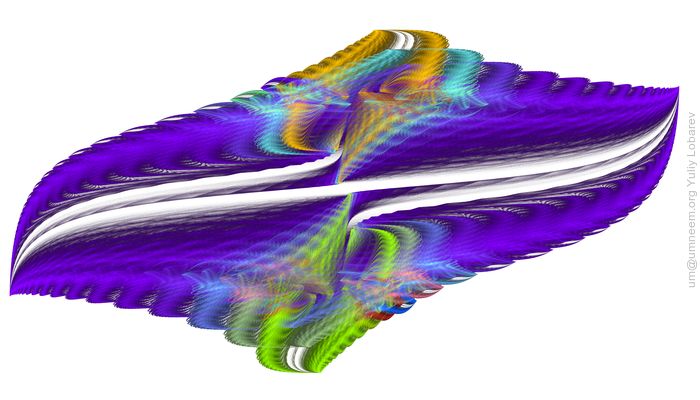 Let’s use the mathematical definition of chaotic systems. These systems can be deterministic, but even the deterministic nature doesn’t make them predictable. Actually, mathematicians often work with deterministic systems which display chaotic behavior, because small variations of initial conditions can greatly change their state after some time or several iterations. An example is weather, its forecasts become gradually less accurate as the range of the forecast increases. It can be computed as a fully deterministic system, but the accuracy still decreases over time due to the nature of the system used to make forecasts.

Someone can say that we don’t fully understand how weather changes and how different factors influence weather processes. But even if we take them into account, we still would have a model with chaotic behavior. The new model probably would give better forecasts, for example two or three more days with the same accuracy as the previous model.

Weather forecasting can show that knowledge of chaotic systems can actually help to make better predictions. We can also understand how accurate these predictions are. Basically this knowledge can help us to create better models of reality. We would also know what to expect from particular systems around us.

Chaotic systems may not help us to make exact predictions of future events, but we often can find an interval for a variable we are interested in. And according to our model we would also have a probability of how likely the variable would end up in the interval. According to D. W. Hubbard1 this process can be called measurement, because it is a quantitatively expressed reduction of uncertainty. And a reduction of uncertainty can help us to make better models of the world around us, which in turn can help to make even better predictions of future events.

Also, not everything around us is chaotic2, some systems can be deterministic and very tolerant to changes of initial conditions. It means we can make very accurate predictions in some areas. And knowledge of chaotic systems can help to identify such systems and to distinguish them from non-chaotic ones, then to make correct models of them.